About the Scripts
About the Writers
Vanessa Cardoso-Whelan 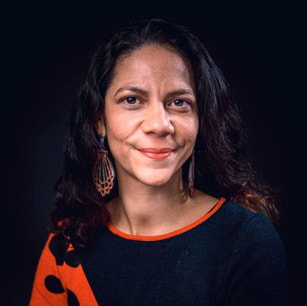 Vanessa Cardoso-Whelan is a multidisciplinary artist, street performer and clown hailing from Brazil, with a passion for contemporary theater and body movement awareness, especially related to Flamenco dancing.

Vanessa has been actively engaged in the local arts scene since moving to NL in 2014, dancing Flamenco, clowning, doing her Living Statue and participating in artistic workshops and performing in festivals. Events she has participated in include the St. John’s International Circus Festival, St. John’s Buskers Festival, The Lantern Festival, Art Fusion Festival, Women’s Work Festival, Blueberry Festival, Tilton Come Home Festival. In addition, she regularly appears as a background actor in local productions such as Hudson and Rex, Little Dog, Caught. Vanessa likes to give her art back to the community, performing several volunteer presentations for new Canadians/refugees.

Vanessa has a lot to say about her last project – Remnants, produced by White Rooster Theatre, where for the first time she had to do a full play in English.
Xaiver Michael Campbell 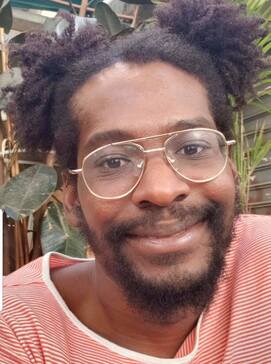 Though he was born and raised on the tropical island of Jamaica, Xaiver has considered
Newfoundland and Labrador home for over a decade. Though both islands are quite different, Xaiver feels that living in Jamaica, very much prepared him for life on the Rock, minus the snow, sleet and lack of sun – the people are equally warm and friendly. Xaiver reflects this love of his past and present life in his writing.

Educated as a statistician and Political Scientist, Xaiver is most passionate about baking and childcare and is often found in a kitchen or in the company of an infant. In his past life as a performer, Xaiver had roles in theatre and film productions both in Jamaica and Newfoundland and Labrador, including: Anne of Green Gables, Our Divas Do Broadway, Blues Clues, Republic of Doyle, Antigone, and Hudson and Rex.

When not writing, acting, singing or baking, Xaiver loves the outdoors and can be seen swimming in all the ponds in summer, camping in the woods and hiking the east coast trail. While Xaiver is new to writing, a short story of his, “Unda di Naseberry Tree,” will be published in an upcoming anthology, title pending. He is currently enjoying writing stories and looks forward to where his stories will take him.
Jamie S. Merrigan 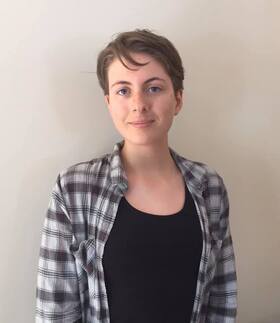 ​Jamie S. Merrigan is a writer, actor and aspiring director. They are a proud member of the LGBTQ+ community and they are of Mi'kmaq and settler descent. A long time member of TNL youth theatre they are now a member of the Off Broadway Players. They had a principal role in Martin Blue's feature film "Hunting Pignut" when they were 14 and this experience piqued an intense interest in screenwriting.

​Jamie is currently in their first year at Grenfell Campus, Memorial University, where they are studying theatre.
About the Program